The West Coast is defined here as an area consisting of three states along the Pacific Coast of the United States: California (CA), Oregon (OR) and Washington (WA). The West Coast area borders states of Idaho, Nevada and Arizona to the east, the Pacific Ocean to the west, Canada to the north, and Mexico to the south. With the exception of southern and central California, the West Coast states are characterized by a small number of large metropolitan areas, such as Sacramento, Portland and Seattle, surrounded by huge swaths of rural and natural areas, such as national parks, forests and mountains. 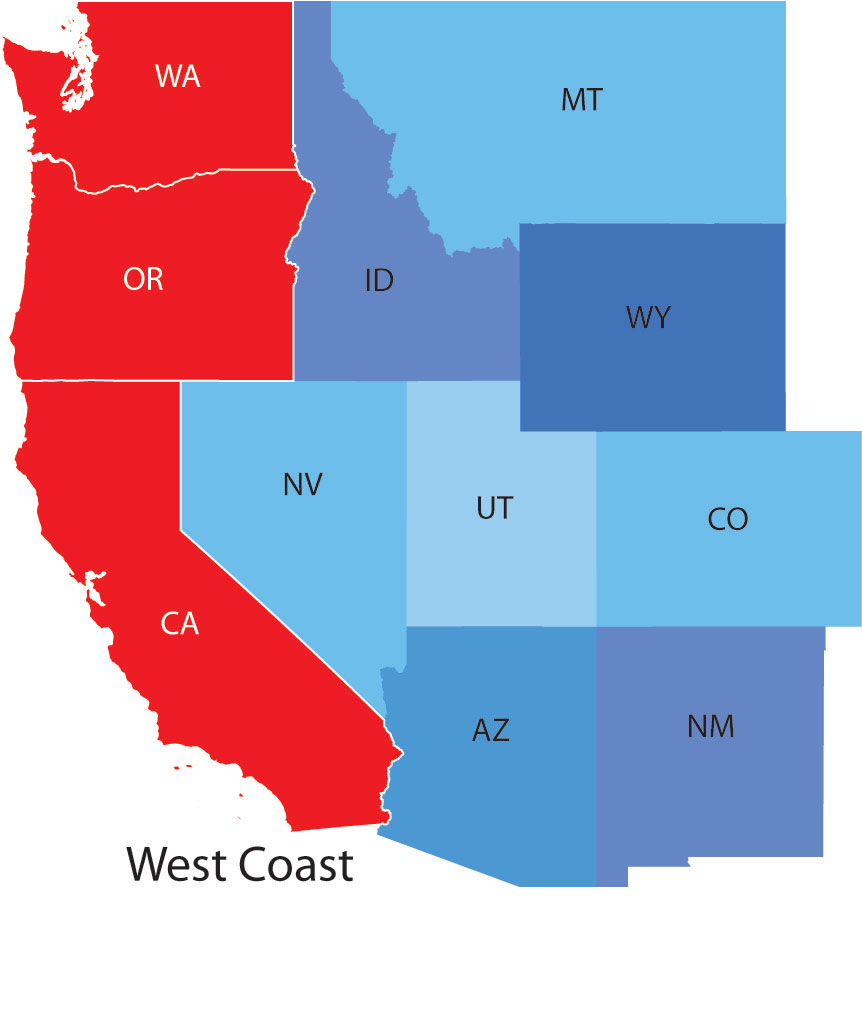